Virtually everyone agrees that India’s manufacturing sector has tremendous potential for the growth. India has a large, young population (1.25 billion people[1], over 800 million[2] of whom are aged 35 years or less) whose income levels are low (Per-capita income stands at a modest $1,500[3] p.a.) – thus providing the industry with a large pool of inexpensive labour. However, manufacturing only accounts for a mere 15.1% of GDP[4] currently.

PM Modi has vowed to change that through the ambitious ‘Make in India’ initiative. As part of this initiative, he has promised to cut out red-rape holding back the industry, make legal compliance easier, introduce online-applications for notoriously opaque government clearances and amend restrictive laws.

However, there are serious legal and practical hurdles that threaten to derail his dream program. In this article, we attempt to analyze four key issues that Mr. Modi has inherited from his predecessors, which have the potential to wreck the initiative.

Acquiring land for industrial projects has always been an ordeal in India. The Right to Fair Compensation and Transparency in Land Acquisition, Rehabilitation and Resettlement Act, 2013 (a pet project of the former UPA government) made land acquisition even more complex, time-consuming and expensive than it already was. For example, it requires the consent of 80% of the affected land owners for private industry to acquire any land even for industrial projects that generate local employment. Further, the law mandates that a study known as a Social Impact Assessment (SIA) be conducted before the acquisition of single inch of land. Last but not least, the law sets the price paid by the acquirer at 2-4 times the market rate (depending on the location). Industry experts now say that the time it takes to acquire land for industrial projects has gone up from 5 years to 8 years due to the provisions of the new law.

India’s labour laws are excessively restrictive, employer-unfriendly and sometimes outright bizarre. There are at least 16 different central labour laws, some of which were framed as long ago as 1923. Since labour law is on the concurrent list, the parliament as well as state legislatures can make laws, thus complicating matters further. Compliance is notoriously difficult and involves filing numerous reports at regular intervals and being at the mercy of government “inspections”. About 175,000 “inspections” [5] are carried out annually, with companies complaining of harassment and extortion during these inspections.

The laws also impose severe restrictions on the industry. For example, it is virtually impossible to “lay-off” workers in India thanks to The Industrial Disputes Act of 1947 that specifies that any company employing more than 100 people needs government permission before laying workers. A provision of the Apprentices Act of 1961 gives the government the power to arrest and imprison employers who don’t comply with certain technical provisions of the Act. Such laws have had the effect of killing industry, discouraging hiring and allowing government officials to harass and extort money from the industry.

If you were wondering about infrastructure has to do with manufacturing, imagine a factory trying to produce goods without electricity, trying to transport raw materials or finished goods in the absence of good roads or exporting its products without adequate port linkages.

The hard truth is that India has simply not invested in its infrastructure over the years. While countries like China have spent liberally on building power plants, highways, ports and high-speed rail networks, India has remained far behind. Apart from physical infrastructure, India sorely lacks electricity, with states like Telangana and Tamil Nadu reeling from chronic blackouts, colloquially known as “power-cuts”. India has had chronic power deficits, with 2014’s figure likely to stand at 5.1% [6]of demand. In addition to insufficient power generation capacity and lack of adequate fuel linkages to power plants, India’s state-run power distribution companies are in poor financial health, thus severely limiting their ability to buy power from power plants. To make matters even worse, India’s power transmission and distribution losses (T&D losses), standing at 23% of the average generated power[7], are among the highest in the world.

Therefore, until India creates the necessary public infrastructure, starting with simple things like electricity and coal, it is difficult to imagine manufacturing taking off in a big way.

The Indian bureaucratic and political class is notoriously slow in granting clearances to projects. Every major industrial project requires a host of government clearances starting with an environmental clearance. While environmental clearances are supposed to take about 9 months, in reality, they take far, far longer. For example, POSCO’s flagship 52,000 crore steel and port project got its final environmental clearance after an 8 year long, agonizing wait.[8] Even government projects are not spared, with power projects and mining projects bearing the brunt of the delays. Slow decision making and delay in clearances drastically raise the overall cost of projects (interest on debt) and discourage investments.

PM Modi’s follow-up action on his promises to the industry has been encouraging thus far – he has introduced online-applications for environmental clearances, raised FDI caps, increased the validity of industrial and shipping licenses, curtailed the powers of “inspectors” and taken up the reform of a few key labour laws. Yet, it is still early days for the government.

The hard road ahead

While practical issues pertaining to clearances and bureaucratic hurdles can be cleared if there is political will, the legal hurdles are far harder to ameliorate. While PM Modi’s NDA enjoys a large majority in the Lok Sabha, it lacks the numbers in India’s upper house- the Rajya Sabha, thus making the passage of critical amendments challenging. To make matters worse, under India’s federal structure, several of the key issues at play in this context, such as labour laws, are on India’s concurrent list, thus allowing both the states and the Centre to legislate on them.

Further, the amendment of the laws in question involves a tight-rope walk to balance out several competing interests. For example, the amendment of the new Land Acquisition Act is politically operose as would put at risk, Mr. Modi’s goodwill among the small and marginal farmers as well as tribals, but without which, the industry will simply not invest in factories or power plants required to make this initiative successful. The issue of the amendment of labour laws is another political minefield where a single misstep could alienate trade unions and industrial workers. Even if PM Modi spends political capital on having the requisite laws amended, the effective implementation of these laws requires the co-operation of the states, many of which aren’t ruled by NDA governments.

The “Make in India” initiative is an ambitious project, which if executed out well, can transform the face of the Indian economy, create lakhs of jobs and put India on the path to prosperity. However, clearly it is a hard road ahead. In the next article in this series, we will examine the different ways in which PM Modi can ensure the successful implementation of the ‘Make in India’ initiative. 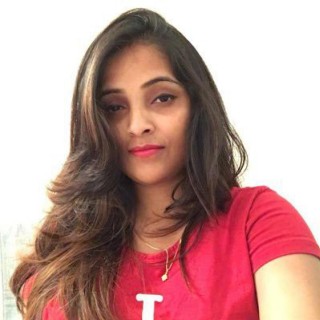